Find out more about Dinder today: 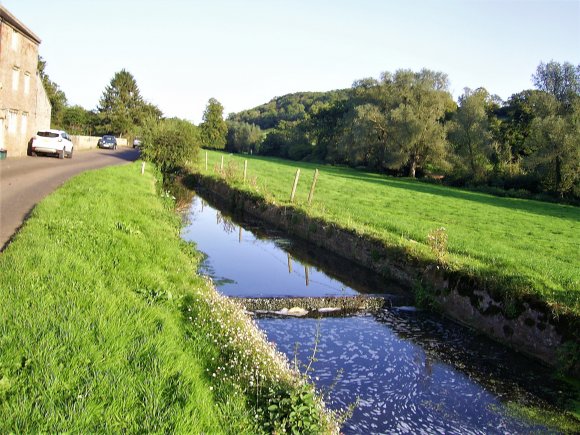 History
The manor containing the village formed part of the endowment of the bishopric of Wells, which is located only 2 miles north-west of the village. By the 12th century it had been granted to William Fitzjohn, whose descendants were known as 'Harptree' or Flemining. By 1327, the manor was owned by a Richard de Rodney, whose family retained possession until it was sold in the mid 17th century to Richard Hickes, through whose descendants it passed to the Somerville family who built Dinder House and whose most famous member, Admiral James Somerville, was in charge of the British naval force which sank the French fleet at Oran in 1940.

The parish was part of the hundred of Wells Forum. In 1894 under the Local Government Act 1894, A.F.Somerville was elected as first councillor for the parish for Wells Rural District, but there was no election for parish council as parishes of under 300 inhabitants were not obliged to elect one.

Buildings
The Anglican Church of St Michael is of Norman origins and has been designated by English Heritage as a Grade II* listed building. It includes nave, chancel, north aisle, porch, and square tower. Within the church are an ornamental font and stone pulpit, with some monuments to the Somerville family. A cross in the churchyard dates back to the 14th century.
Dinder House is a small country house in landscaped grounds. It was built in 1799–1801, possibly by Nicholls of Bath. The outer bays were added around 1850 by Vulliany, and a further single-storey addition to the north dates from 1929. The gate piers, quadrant walls and flanking piers include panelled central piers with pagodal caps, and one with iron lamp at its apex. A bridge over the River Sheppey predates the house.
Several other buildings in the village are also of historic interest including Church View Cottage, which dates from the 16th century, the 18th-century Road View and Downside House and Wistaria House.

Notable residents and culture
The crest of the Somerville Family (Admiral of the Fleet James Somerville, author and poet Christopher Somerville and newsreader Julia Somerville) features a dragon and wheel.
Dinder Worm or 'Worminster Dragon' - The legend of the Dragon of Dinder goes back for centuries, and is documented on illuminated transcript which is now preserved in Eton College Library Records. The legend goes that a terrible Dragon was terrorising both livestock and villagers. The then Bishop Jocelyn was called upon to save the people of Dinder. He rode out with his men at arms, but at the last furlong commanded them to remain at a distance while he rode on and single-handedly beheaded the beast. The legend of the Dragon of Dinder lives on. Every 50 years since then a celebration of the slaying of the Dragon has been held. The legend says that should this tradition be forgotten and the slaying not re-enacted by a left-handed man of the cloth the Dragon may return.

There is a Mosaic depicting the story made by the children of nearby Wells and Dinder set in stone on the perimeter walk of the Bishop's Palace. Nearby hamlet, Worminster and the hill Worminster Sleight are likely named after this legend and the Old English word for a dragon, "worm".