Find out more about Dulcote today: 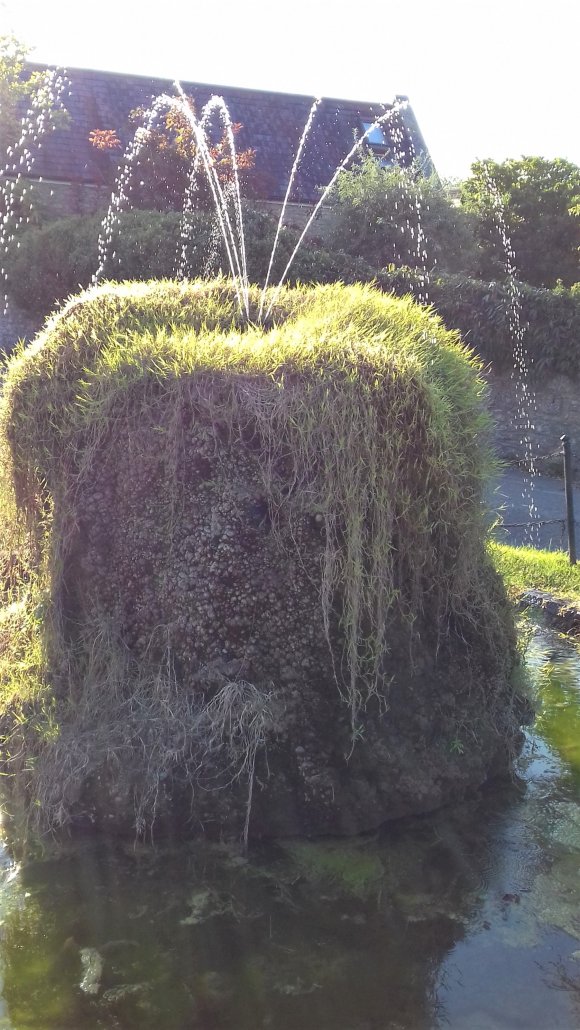 The Hamlet of Dulcote, situated about a mile to the south-east of the Cathedral City of Wells in Somerset, has a long history. It seems first to appear in the pages of record as a possession the Bishopric of Bath and Wells in the time of Bishop Robert (1136-1166). It is set under the shoulder of Dulcote Hill in the valley of the River Sheppey. This stream, a tributary of the River Brue, rises close to the village of Doulting just east of Shepton Mallet. Indeed the name Dulcote evidently derives from 'Dultingcote' - the cottage, or shelter, by the Doulting river.

To the north of the river the land rises to a peninsular ridge of the Mendip Hills crowned by the ancient earthworks of the 'Kings Castle'. Immediately westward the Sheppey vale debouches into the more open country forming the north-eastern march of the Glastonbury Levels. Beside, and under, the roadway 150 yards south of the crossroads in Dulcote there are natural water springs with a mean daily outflow of about 100,000 gallons. They have no proved feeders but they did dry up temporarily after blasting in a well in the local quarry about 1900. These springs were capped and used for the Hamlet's water supply, the overflow supplying the fountain and grotto at the cross-roads before entering another stream that runs westwards in a nearby private garden.

Apart from Agriculture, Dulcote' s main industrial centre up to the 1900s was its paper mill. Most of the many paper mills which historically have used the power of the streams flowing from the Mendips have been sited very close to the heads of their valleys to secure a very clean process water supply. Dulcote Mill is one of the few to be located some distance from its source. The earliest known reference to Dulcote Mill is from 1752.

In 1922 Foster Yeoman, the son of a West Hartlepool ship owner, came south and entered the quarrying business. He founded the company, which still bears his name, in 1923 with the intention of producing crushed macadam - small stones for road surfacing - for use in the south and east of England. It was initially centred on one quarry on the southern flanks of Dulcote Hill. The quarry soon provided much needed work for some hundred men - mainly unemployed veterans of the Great War. This was quite a large labour force for a relatively small quarry in those days. Up to the outbreak of World War II the quarry product was dispatched from Dulcote sidings in a company owned fleet of 150 railway wagons. After the War, road transport supplanted rail and by the late 1950s independent haulage contractors with a large fleet of lorries handled the output of Dulcote Quarry. The old East Somerset Extension railway line, opened by the GWR as a broad gauge track from Shepton Mallet to Wells on 1 March 1862, was finally closed down during the Beeching era in the early 1960s.