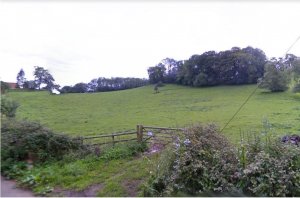 A Mendip farmer's decision to close a well used local walking trail has been met with complaints and vandalism to his closure signs.

Green Lane, which runs up to the hills from the riding stables at Wookey Hole, is not a public right of way but has been used by walkers for generations.

Martin Edwards, of Higher Pitts Farm, Priddy, said he locked the gate for safety reasons after the wooded lane was blighted by ash dieback.

The first signs he posted to warn of the danger were torn down within two days and the replacements have since been damaged.

His priority in dealing with the tree disease was to make safe thirty other affected ash trees alongside the official rights of way across his land.

He does not propose to reopen Green Lane as he plans to join a new stewardship scheme for nature recovery and protect it as a wildlife haven, two to three acres in area.

Walkers concerned about the closure contacted local parish councillor and volunteer Mendip ranger Paul Cannon. He confirmed the lane wasn't a right of way despite its regular usage over time.

There is a trail leading to the village close by but it's difficult to see from the lane's upper entrance. Farmer Edwards gratefully accepted an offer from Cllr. Cannon to make and post a sign on the gate to help people find the designated footpath.

(Picture: view across Kennel Batch from the end of Green Lane, Wookey Hole)